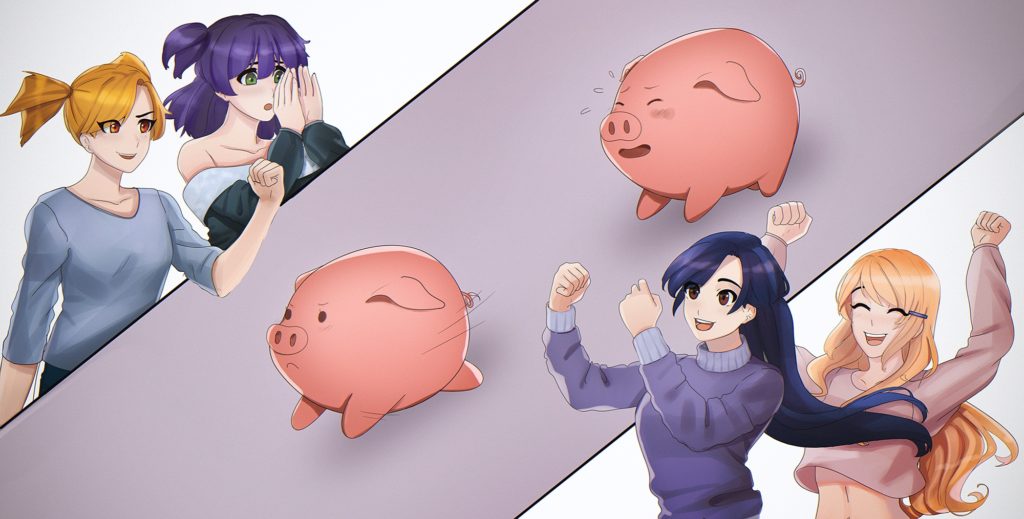 We wish you a Merry (belated) Christmas and a Happy New Year! May you all be happy and healthy, and let peace and serenity be in your home.

Another year has nearly gone. We remember it because of the release of the updated demo of «Love, Money, Rock-n-Roll» on Steam and mobile platforms, the Football World Cup in Russia, contests and quizzes in our VK community as well as your ongoing support that has been encouraging us to move on.

Unfortunately, much like other people, we live in the real world and occasionally face the same challenges and issues as any of you. Of course, we could have done everything in a sloppy and sluggish way: for example, not to get ourselves preoccupied with game optimisation for Android – currently, to be frank, the game runs steadily only on upper-class smartphones. However, our audience that uses mobile devices is no smaller than the one utilising Steam, so the idea of finishing the PC version first is not valid. We could have rushed (and that is the key word here) and quickly complete the script and the entire visual part thus lowering the quality of the whole game dramatically. Well, that would have been a fantastic strategy for us, as everything looks good in the beginning, and one cannot get a refund after the game is already completed. :) In fact, each of us fancies the constant change of the release date no more than our fans, but what we would like even less is giving you something that would ruin your expectations – a pretentious, low-quality piece of junk.

Unlike «Everlasting Summer», for which all the initial elements were intended to be present in the release version the way they were, «Love, Money, Rock-n-Roll» is something we are enhancing continuously. We keep returning to the chapters we have already made, re-creating the visual art, rewriting the script and re-recording the soundtracks. We do our best to make the game suit our standards of what a decent visual novel is and strive to meet your expectations.

As we are approaching the end of the development process, the scenario is getting bigger and so is the amount of story-related art. We are not restricted anyhow in terms of timing, and, to be fair, everyone likes a director’s cut version. However, it does not mean that we are delaying the development on purpose – we are now talking about continuous refining and finishing touches rather than significant updates. There is a tradition to give a promise to oneself and the close ones – therefore, we promise that our game will be released in 2019!

You can still support us by making a preorder with some nice bonuses here.