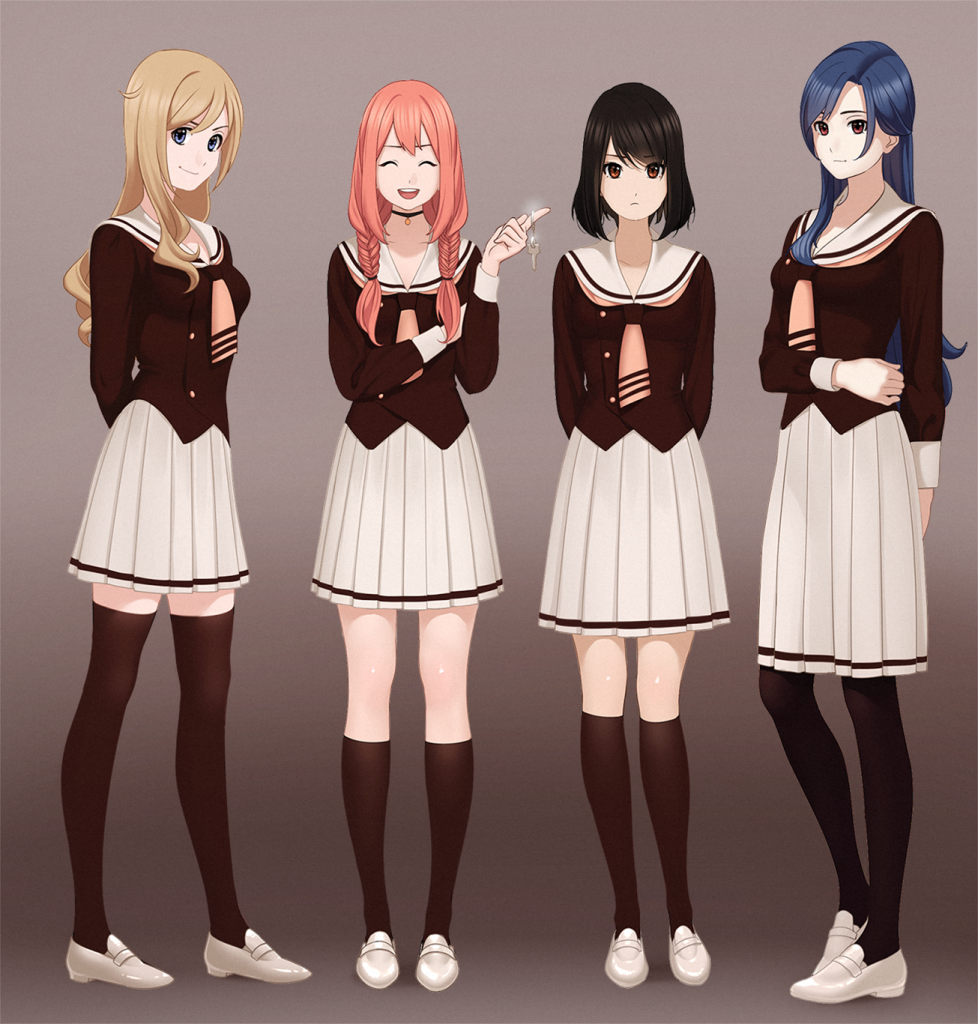 It’s been a month since the site’s launch, and we think that the time has come for a new blog post. Firstly, we would like to tell you about what has been done in this time.

As you see, we listened to your advice and changed the art style a bit, as well as applied some corrections to the concept arts (which will later turn into character sprites in the game). We are also actively working on the script and music for the game.

We have already been supported by more than three hundred people, and would like to thank all and every one of them. This means a lot for us, we are genuinely grateful!

We’ve been asked a lot of questions during the past month, and would like to answer the most popular of them:

1. Will I get a confirmation that my donation has reached you?

Yes, most definitely, although not right away. Making an automatic mailing system proved to be impossible due to a number of reasons, which is why such messages are being sent manually every 2-4 days.

2. What should I indicate for you to definitely add me to the list of backers?

3. How long will the campaign go on? What sum do you plan to gather?

Honestly speaking, for now we are very far away from the needed amount, so you still have time to support us!

4. Your previous game took place in USSR, and the studio’s name speaks for itself, so why was Japan chosen as a setting this time?

It’s not the place that matters, but the time. The things we plan to realize in the game would be impossible in the reality of eighties in USSR. With that said, “Setting – Japan” doesn’t oblige us to describe samurai traditions of the middle ages, methods of performing seppuku or differences between mythological kitsune and as mythological tanuki. It is also important to note that our main character is Russian, and not all of the heroines are Japanese either, no matter the degree.

5. Okay, why exactly did you choose Japan as the setting in eighties then? What does Rock’n’Roll have to do with it?

Even though we strife to preserve historical plausibility, it is important to understand that visual novels in general are not always 100% realistic (and quite often not realistic at all, even if you don’t take into account fantasy and science fiction). On the other hand, eighties in Japan were the era of bloom of rock, glam, hard’n’heavy, metal and other styles that we unite under the common name «rock’n’roll». As for USA or any other “western” country, they, in our opinion, do not provide the needed set of “instruments” for the realization of the game’s concept.

6. Will this really be a stereotypical eroge/harem romance?

No. Here lies our fault: we didn’t explain this in the previous post well enough. Of course, there is a good portion of romance planned in the plot, but all in all I would describe the genre as detective/thriller/drama. I would like to say again: it is foolish to judge the book by its cover. Taking “Everlasting Summer” as an example: many people doubted anything good could come out of it too, and asked the very same questions.

We hope you will continue to follow our project and support us!