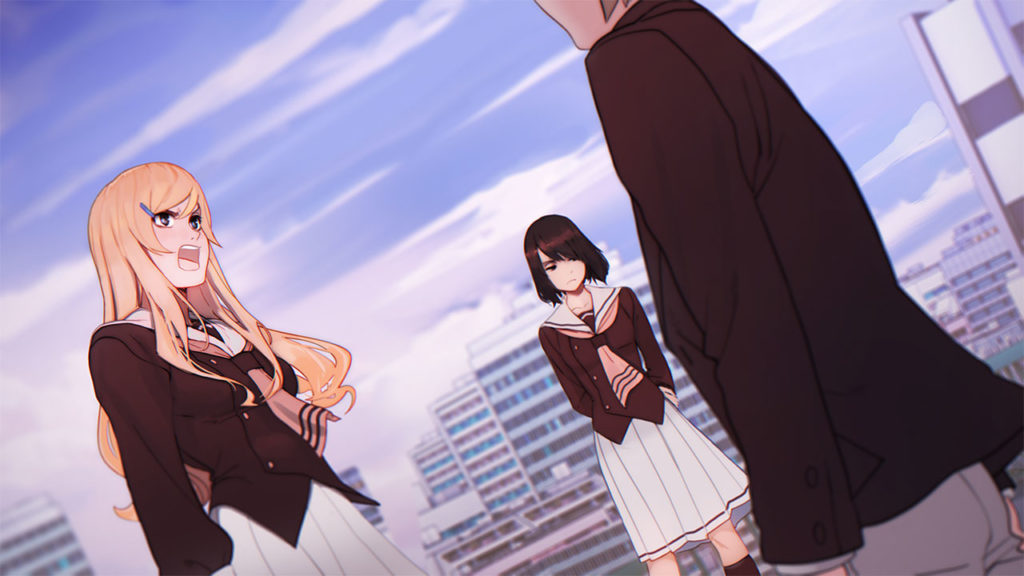 Hello, dear readers, and welcome to our status update for August.

Once again, the summer turned to not be everlasting, but that’s good, for the end of one thing always signifies the start of another.

In today’s update (apart from a new CG and a new track), we’d like to open the curtains of the development a bit more and give you, our supporters, some more concrete info. For whatever reason, many people thought that the game was getting delayed because we were constantly implementing some new features, wasting time on unclear, vain improvements, porting LMRnR to NES and Game Boy. The truth is much simpler: as we’ve said before, we met several unfortunate hurdles along the way, and, to be honest, our team is rather small. We still refuse to cut anything from the game and strive to make it as good as possible. So we are systematically moving forward, encountering and overcoming difficulties.

So, the progress of various parts of the game right now is as follows:

We would like to stress that these numbers do NOT represent the full picture of the development status and are meant only to give you, our audience, the rough idea of the situation. For example, the last music tracks are being worked on and the sketches for many sprites are already done. As such, we also can’t give a release date (also because we do not want to move it back if something goes wrong again).

In any case, we’re continuing the work, paying attention to details and the bigger picture, aren’t forgetting about the QA, and mostly aim to make the game better over releasing it earlier.

We also have an important announcement: In the near future, we’re going to send our backers (those who supported the Kickstarter or IGG campaigns for $200+) a greatly extended version of the demo to gather more feedback and understand if we’re moving in the right direction while the trajectory can still be corrected.

Do stay in touch and don’t forget us! We certainly won’t forget about our fans — after all, without you, there would be no Soviet Games!